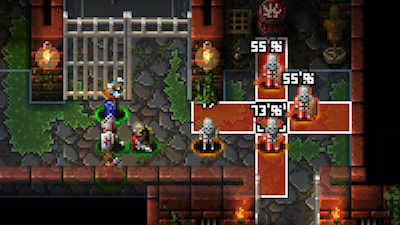 The third entry of our development logs series is now available! This time, it covers one of the most important pillars for Escape the Mad Empire, the tactical side. The article covers elements like terrain/surfaces, cover, flanking, tactical use of items, AOE spell shapes or crowd control. Here's the Full read on Steam !
News

The new development log article is now live. It covers the basics of the combat system and how it tries to bridge real-time with turn-based combat systems.  you can read the full article either on  Steam or IndieDB .
News

Join Us On Discord! Hello everyone! We're glad to announce that the Discord server for Escape the Mad Empire is now officially open! Come chat with us and discuss the development of the game! https://discord.gg/PKseqdcTf6
News 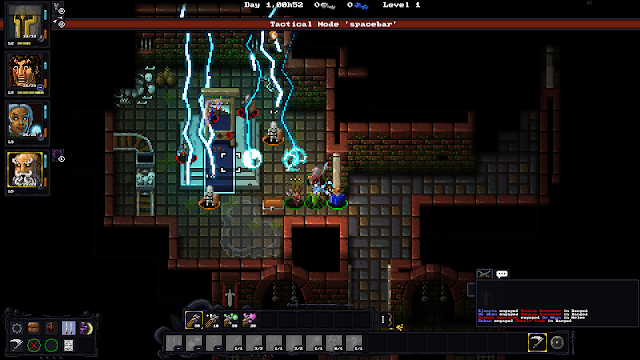 Hello everyone!   The last few weeks since the initial game announcement have been a bit hectic but I finally managed to write Devlog #1, yay!  This one is about giving an overview for the overall structure of the game.  It should be the first of a series of 20-30 to be written before Early Access. The next development log should be about covering the basics of the battle system. You can read Devlog #1 on indieDB  or Steam ! Cheers!
News

Here's the first round of new concerning Escape the Mad Empire. In this post we talk about the planned development roadmap and announce a series of upcoming development logs about the game! You can read the full post through Steam
News

Escape the Mad Empire Officially Announced for the Steam Store! 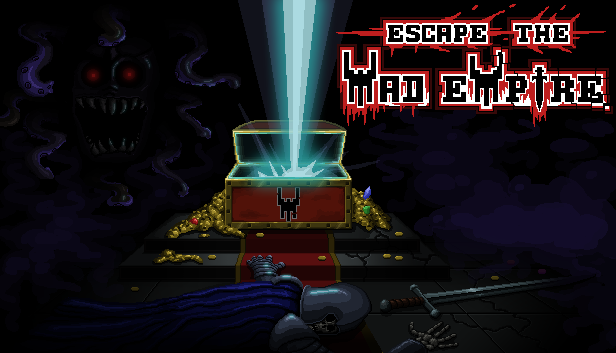 And that's it! After all this years of hard work, we can officially announce our next game, Escape the Mad Empire!  The game will be a roguelike party-based real-time base-building tactical RPG. You can already add the game to your wishlist on Steam ! Here's the announcement trailer The game is pretty complex and will not come out before 2023, so over the months we'll publish a series of developers log to help explaining the game better.
News

Something is Coming up soon...

The last 5 years have not been easy. Moving away from the mobile market and products we were proud of, toward the completely different market of PC gaming. All our efforts during that period went toward the creation of a roguelike party-based tactical RPG, an incredibly complex project to complete for a small team, but also a project we love. Enough anyway to keep working on it for a while!  The project should still take over 1 year to be  finished, be developed in Early Access for roughly 1 year then at least for another year. This means that it will have tied us for about 8 years, which sound insane but it shows how much we think this game worth it! As said, we're not close to an Early Access yet, but at least we're getting close to a first announcement, which should happen soon! At this point, the Steam Store page, the announcement trailer and more details about the products will be announced, stay tuned!
News
More posts