- March 15, 2014
Its been a while since we discussed about progress in Pixel Boat Rush so here it is! This post will be about the category of guns available in the game right now. 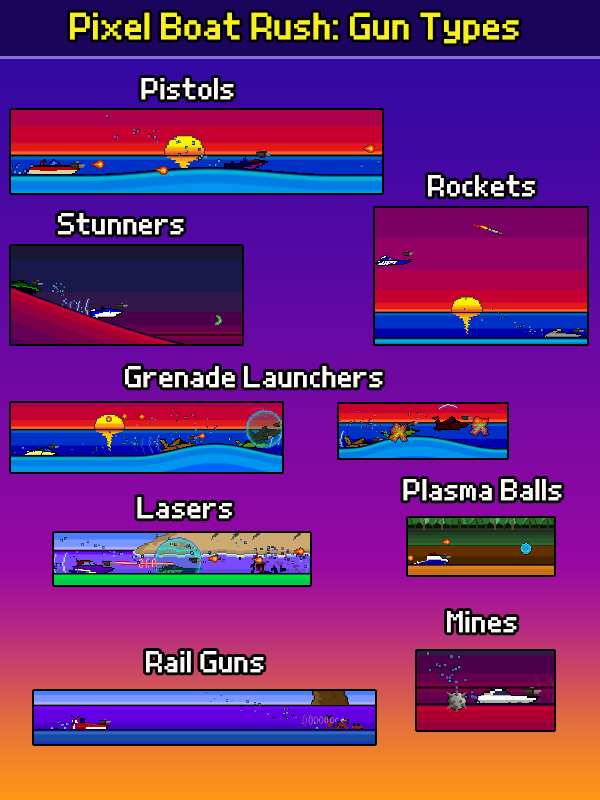 Pistols (shotguns, machine guns, etc): the most standard weapons. They have low range.

Rockets: they can have a homing system to follow targets at long range. They have an area of effect on impact and deal lots of damage though they can be dodged.

Stunners: they slow down opponents and disable their offensive systems for a while. They don't do damage.

Grenade Launchers: they have an area of effect on impact. Their trajectory in arc can be used to hit boats not immediately in front.

Mines: they have an area of effect on impact. These are the only weapons used to blast opponents behind.

Plasma Balls: slow projectiles with a large radius. They can also have disabling properties.

Rail Guns: super high velocity projectiles with a medium range. They can pierce right through an opponent and hit several boats in a row.

Lasers: They have a good range and have an instantaneous effect.