- August 26, 2015
Amazon is launching a cool new program called Amazon Underground. The apps and their IAP included in this program are 100% FREE for users! In return, Amazon pay the developers an amount per minute played.  This is definitely a win-win situation for both players and developers.

We're proud to have 2 Android games featured in their launch bundle, Pixel Boat Rush and Don't Run With a Plasma Sword! 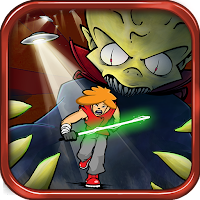