Based around Montreal (Qc), Canada, XperimentalZ Games Inc. is an independent video games developer making awesomesauce video games since 2010.  Staying true to the roots of video games by bridging the past with the future and finding simple original mechanics and fresh angles on a genre through experimentation and iterations. Completing them into great polished game experiences.  The  4-men team (2 full time, 2 part time) is behind games like Don't Run With a Plasma Sword, Platforms Unlimited and Pixel Boat Rush.

Patrick Jacob is the founder of XperimentalZ Games. His principal roles within the enterprise are lead designer, project manager and gameplay programmer.
Between 1998 and 2007, Patrick has completed about 20 research projects in mathematical physics, in the field of Conformal Field Theory and Combinatorics.  In 2004, he obtained the prestigious United-Kingdom postdoctoral EPSRC fellowship in mathematics.  In 2007, he went full time to another passion, video games,  when he obtained a game designer position at Gameloft where, among others, he served as a lead game designer on the AAA mobile project GT Racing.  Two years later, he founded XperimentalZ Games, which led to the release of his first major indie title, Don't Run With a Plasma Sword.

Ghislain Bernier is lead programmer at XperimentalZ Games and in charge of back-end systems.


It took Ghislain a first Bachelor in Geology to discover his true passion, programming.  After completing his Bachelor in Information Technology in 2005, Ghislain spent 4 years as a programmer-analyst in the private industry doing R & D in a security-oriented project and consulting for TELUS. In 2010, he joined Patrick on his indie crusade and took a key role in every important projects at XperimentalZ Games. 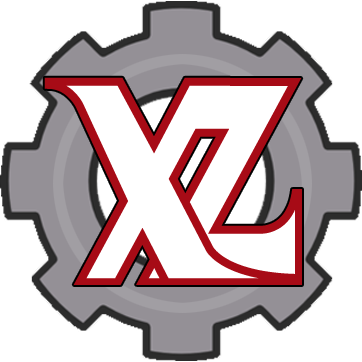